Bally’s (NYSE:BALY) is selling the property assets of its two Rhode Island casinos to Gaming and Leisure Properties (NASDAQ:GLPI) for $1 billion. It will leaseback the venues from the gaming landlord, the companies announced today.

Details of the transaction for Bally’s Twin River Lincoln Casino Resort and Bally’s Tiverton Casino & Hotel emerged just five days after holders of $1.9 billion worth of Bally’s debt hired legal counsel. It’s a move that, at the time, indicated the creditors may not be open to amending an agreement with the gaming company that would allow for the sale of the gaming venues.

A statement issued by Bally’s doesn’t specifically mention the potential legal rift with creditors. But the company lays an alternative plan.

If all third-party consents and approvals for the acquisition of Lincoln are not timely received, then GLP will instead acquire the real property assets of the Hard Rock Hotel & Casino Biloxi in Mississippi along with Tiverton for total consideration of $635 million and a combined annual rent for Tiverton and Biloxi of $48.5 million,” according to the statement.

Should that transaction become necessary, GLP would gain rights to acquire the real estate of Bally’s Twin River Lincoln before Dec. 31, 2024 for $771 million and additional rent of $58.8 million.

Bally’s owns the bulk of the property on which it casinos reside. But it has a previously existing relationship with GLP, which is the gaming company’s primary landlord.

“In connection with GLP’s commitment to consummate the Bally’s acquisitions, it also agreed to pre-fund, at Bally’s election, a deposit of up to $200 million, which will be credited or repaid to GLP at the earlier of closing and December 31, 2023. In addition, Bally’s will pay a $9 million transaction fee at closing,” according to the statement.

It’s believed Bally’s could use some of the proceeds from the sale-leaseback to fund a Chicago integrated resort project. Last month, Bally’s was selected as the winning bidder to develop a $1.7 billion casino-hotel on the Chicago River on the city’s Near North Side.

Pennsylvania-based GLP is selling stock to finance the purchase of the Rhode Island casinos. Debt and operating units are also believed to be involved. The REIT said it’s selling 6.9 million shares and is granting underwriters of that transaction a 30-day window in which they can buy another 1.03 million shares.

Should the Rhode Island casino deal come to fruition, it will mark the 18th state in which GLP owns gaming venues.

In addition to Bally’s, the REIT’s other well-known tenants include Caesars Entertainment and Penn National Gaming. 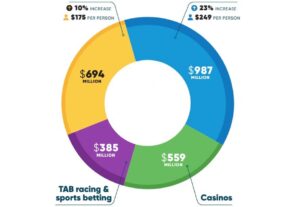 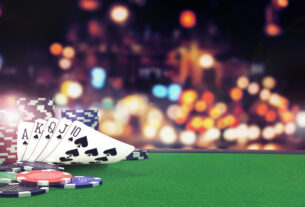 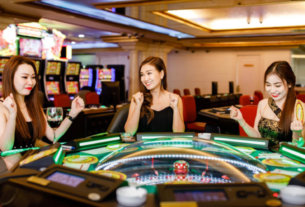