A jury yesterday concluded that Lee knowingly bribed former Los Angeles City Councilman Jose Huizar in August 2016. The US Attorney’s Office for the Central District of California alleged that Lee directed $500,000 to Huizar in exchange for the councilor making sure his proposed 20-story real estate tower in downtown Los Angeles would be approved.

A labor union had earlier come out in staunch opposition to Lee’s project. Federal officials believe Huizar promised Lee that the trade group’s objections would go away with the bribe.

Lee was found guilty of three felony counts: one count of honest services wire fraud, one count of bribery, and one count of falsification of records in federal investigations.

Federal prosecutors successfully argued that Lee funneled half a million dollars to Huizar through close acquaintances of the city government official. The investigation began when Lee’s development firm — 940 Hill LLC — was suspected of altering its accounting and tax records to falsely categorize the $500,000 bribe as a legitimate business expense.

US District Judge John Walter has scheduled a September 19 sentencing hearing for Lee. He faces a maximum of 50 years in prison, plus a $1.5 million fine.

Huizar is facing numerous allegations of wrongdoing during his roughly 15 years on the Los Angeles City Council. He has pleaded not guilty in both cases brought against him by federal prosecutors.

Along with the Lee case, Huizar has been accused of accepting more than $1 million from Chinese billionaire Wei Huang and his Shenzhen New World LLC, which was seeking to build a 77-story hotel called the L.A. Grand Downtown. That bribe, the federal indictment alleges, related to Huizar assuring Wei that his project, which would be one of the biggest in recent memory in downtown Los Angeles, would proceed uninterrupted.

Law enforcement says Huizar tried to clean some of the dirty money through Las Vegas casinos. But casinos are some of the most surveilled commercial businesses in the entire world. And that’s why Huizar’s attempts to allegedly clean his ill-gotten cash through Strip cages was a most irrational move.

Federal officials obtained video footage of Huizar making at least eight trips to Las Vegas between 2014 and 2016. Wei was often by his side. Prosecutors say surveillance video shows Wei repeatedly purchasing large sums of gaming chips, and then Huizar later redeeming the tokens for cash.

Huizar’s trial is set to begin on February 21, 2023. He’s facing dozens of federal criminal charges and potentially decades behind bars.

Huizar’s righthand man, Justin Kim, was accused of being a middleman in the Lee-Huizar bribery scheme. Kim, a Huizar fundraiser and Los Angeles political insider, pleaded guilty to a federal bribery charge in June of 2020 and is cooperating with the ongoing cases.

George Esparza, who was Huizar’s personal assistant, admitted guilt the month after Kim did. Esparza testified that he assisted in two “money drops” from Lee.

Lee’s attorney Ariel Neuman countered that his client was simply a victim of a “demonstrated liar.”

He’s [Lee] a businessman who trusted the wrong person — the worst kind of person,” Neuman argued.

But the jury determined otherwise. Taped audio recordings authorized via a wiretap warrant exposed that Lee was indeed in on the bribery scheme. 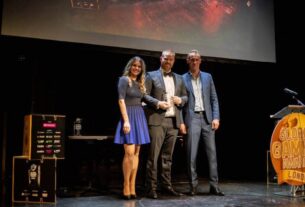 The winners of the World Gaming Awards London 2022 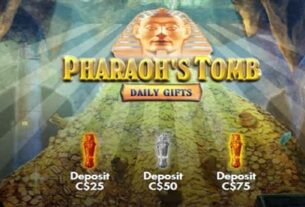